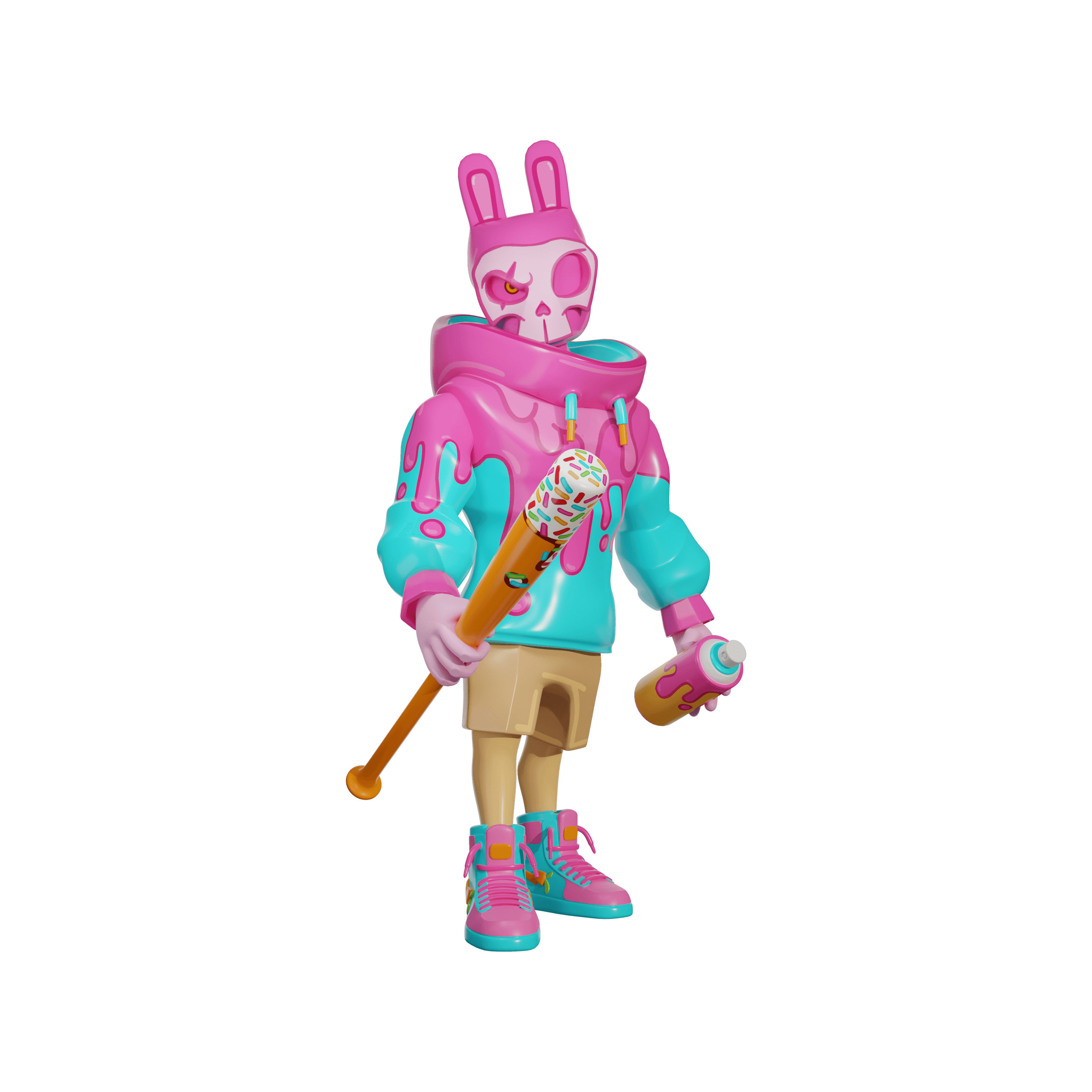 Bunny Wabbit spawned from a lab catastrophe where they are developing human genetic enhancement serums. He was a pet of Dr. Phoenix’s son. One day Dr. Phoenix’s family decided to visit him in his lab to take a tour. His son, John was carrying his bunny and decided to wander around the lab until they discovered the huge tank where all the serum was being mixed. John’s curiosity led them to the upper level to see what’s mixing inside the tank. Out of fear, his bunny jumped out and then accidentally fell into the vat. John tried to save his bunny but he also fell in. The tank overloaded and then eventually exploded and revealed a mutated creature, a mix of human and rabbit. With superhuman strength, speed and agility, he then became a crimefighter, a superhero called Bunny Wabbit.

12″ Tall Vinyl Art Toy
Packaging: Printed Box, Carton Box
Accessories: 1 x Numbered Certificate Authentication
Limited Edition: 333 Pieces Worldwide
Estimate Shipping Date: JANUARY 2022
**Production time is subject to the actual situation. Shipping dates are estimates only and cannot be guaranteed.
You acknowledge that you have read and confirmed the above information when you place the order.

HURRY! ONLY LEFT IN STOCK.

Envío gratis en toda la república mexicana. This time, the mini pig tiger is here 😆😆😆 5 colorways of the BUTIGER to collect! Available in individual capsules OR a whole set of 5, your choice! * The dates can change without previous notice, this is by disposition of the brand.
Quick view Quick ShopQuick Shop
Add to Wishlist
Quick View Quick View Añadir al carritoAñadir al carrito

10cm Soft Vinyl Head rotates 2021 is a year that Quay launched 4 years. In the past 4 years, KiK from KiK Toyz has brought us over 50 different colourways not including some amazing limited off version with different poses and materials, not to mention 5 unique blind box series (3 of them are released by 1983) and countless collaboration with different paint artist. We are glad to announced the collaboration in between StrangeCat Toys and KiK Toyz in a creation named QuayCream. KiK used her signature colourway in the way that Quay was born, in celebrating 4th year of Quay launched, we hope that u are as excited as we are and we definitely have more QuayCream to come.

Oh the weather outside is frightful, but ShinWoo is so delightful!

If you love the holidays, and you love ShinWoo, this new festive and slightly spooky series will be at the top of your wishlist.